Ryan's are delighted to announce their support for the new Ipswich Building Society Twilight Races which take place in Ipswich on Friday 14th August. The races will be a first for Ipswich as they will take place on closed roads in the town centre and will include a circuit around the Ipswich Town Football Club ground in Portman Road.

The races are aimed at anyone who enjoys running, from seasoned athletes looking to break a personal best to those new to running and hoping to complete their first-ever 10k.

There are 2 races being staged, an Elite 5k at 7pm and a mass participation 10k at 7:30pm. Both races start and finish in Rope Walk outside Suffolk New College. See maps 5k 10k.

The Elite 5k (3.1 miles) features a number of top British Athletes including:

Paul Martelletti: 2015 Brighton Half Marathon winner, 2015 Manchester Marathon winner and world record holder for the fastest marathon in a Spider-man costume at the London Marathon 2015.

People taking part in either race can fundraise for any charity they wish to. But all runners will be asked to raise cash for chosen charity Emmaus Ipswich, who provide work experience to people who are unemployed, homeless or at risk of becoming homeless. 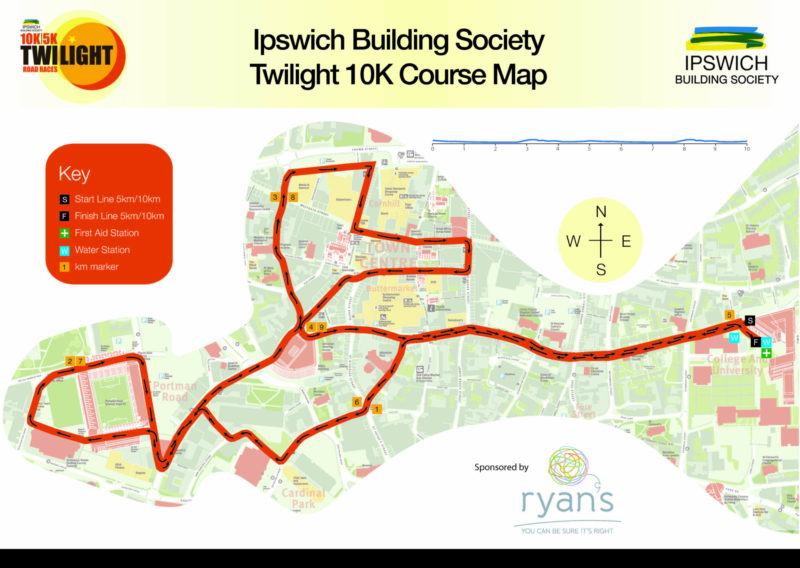 Our office is currently closed to visitors, however all our staff are working from home and can be contacted in the usual way.
Making sure not to fall for a slippery risk

Slips and trips are among the most common injuries sustained by both employees and customers in restaurant and takeaway establishments, as well as any workplace. Here, the team at Ryan’s review some common causes and offer advice to help prevent unwelcome risk
We answer your unoccupied Holiday Home questions

During the latest Coronavirus lockdown team Ryan's have donned their walking boots, trainers and cycling helmets to walk from Lands End to John O'Groats.